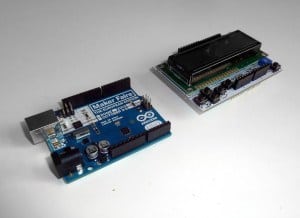 Ever thought about building a robot?

Then you most likely want to use a microcontroller.

But a microcontroller is useful for a lot of other things too – like building your own music player, or building a display for whatever project you have.

Here are four ways to start using a microcontroller:

These are usually well documented and comes with support. But can be a bit pricey.

This is a board that usually only have the bare minimum of components needed to get the microcontroller running.

A breakout board is usually cheap, but it requires more knowledge about programmers and compilers.

3 – Build your own circuit

You can also buy just the microcontroller chip, and make your own circuit with it.

This would usually also be cheap, but it requires that you know how to build your own circuits in addition to knowledge about programmers and compilers.

I’ve written a tutorial on this:
https://www.build-electronic-circuits.com/microcontroller-tutorial-part1/

This is a board that is developed to make it easy to use for artists, designers and people with little technical experience from before.

You don’t need to know anything about compilers or programmers, and the code is easy to understand.

I started out with a development kit.

But – I recommend beginners to start out with Arduino, just because it’s so easy to get something cool up and running in no time.

If you would rather learn about compilers and programmers right from the start – I would recommend trying a breakout board.

If you want to try Arduino, there’s a bonus in the ebook packages called “Get Started With Arduino in Less Than a Day”. Go here to find out more: