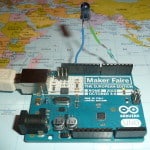 A diode is a component that only conducts electricity in one direction. It is commonly used to convert from alternating current (AC) to direct current (DC). Several types of diodes exist. And it can be a bit confusing if you have never worked with diodes before. I would like to share the most standard types […] 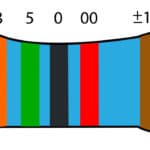 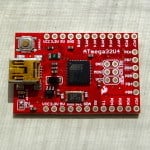 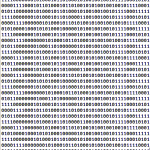 I love logic gates. They are what all digital electronics are based upon. You can make really awesome stuff with it! I was first introduced to logic gates when I was around 14 years old. I heard that computers consisted on ones and zeroes. But I didn’t understand what that really meant. So I asked […] 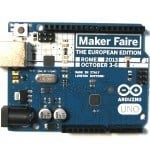 If you haven’t started Arduino programming yet, it’s about time. The Arduino is a microcontroller board originally made for Interaction Design students in Italy. It was specifically developed to make it easy to start programming microcontrollers – even if you have no technical background. 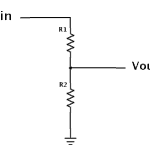 A voltage divider is a circuit that divides a voltage between two resistors. It’s extremely useful to know! If you know how the voltage divider works you can easily make sensor circuits or calculate values in a more complex circuit.