You are here: Home / Mail Archive / Can you charge a cell phone in 30 seconds? 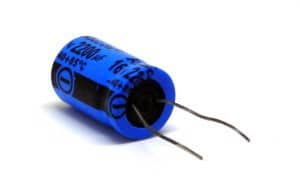 That was my first reaction when I started researching this.

The editor of Tek.no, which is the biggest tech-channel in Norway, asked me if I could write an article where I explained what supercapacitors are and what they can do.

I knew about the concept – supercapacitors are capacitors with a lot of capacitance – but I had never really looked into the current state of the technology.

So I started doing research.

But something even more interesting (in my opinion)…

…is that some companies are working on using supercaps instead of batteries in cellphones – and thereby making it possible to charge a phone in only 30 seconds:

The circuitry for making “batteries” from supercapacitor is a bit complex though. I haven’t studied it in detail, but had a quick look at some circuit diagrams.

So as you can see, there is a lot of cool stuff you can build with electronics.

Here is the step-by-step process to get started building things like blinking lights, sirens and music players: