You are here: Home / Mail Archive / See what my student Doug created

I love to hear real-life stories from my online students.

Some go on to make really cool hobby projects.

Others create a prototype, then launch their own company from it!

That’s exactly what Doug did.

I wanted to share his story to give you an idea of what’s possible – and also to help Doug spread the word about what he has created.

It’s best described through Doug’s own words from the email he sent me today:

As I mentioned in our earlier email, I was involved in an IoT project for about 3 years. The project broke up due to a couple of “difficult personalities,” and everyone went their own separate ways.

I’m a software engineer and had very little hardware experience, but still had a great deal of interest in that side of the project. I also have a number of ideas that I think are viable products.

In order to get anywhere with the ideas, I’d either need a lot of money or I’d need to teach myself about electronics.

I was lucky enough to come across your blog at www.build-electronic-circuits.com, saw a link to Ohmify, and my trajectory completely changed.

I worked with every lesson on Ohmify, both in the guided course and the separate ones. Several of them, I went back and followed a second time to make sure I’d learned everything that I wanted. I didn’t learn enough to create a production-ready PCB design. I did learn enough to design my own proof of concept prototype and to intelligently discuss my needs with the designer I hired to turn my design into one ready for mass production. I was able to intelligently discuss my requirements, to read the schematic he created, and request changes that worked better for my product’s end goal.

There’s no way I could have done that without Ohmify. 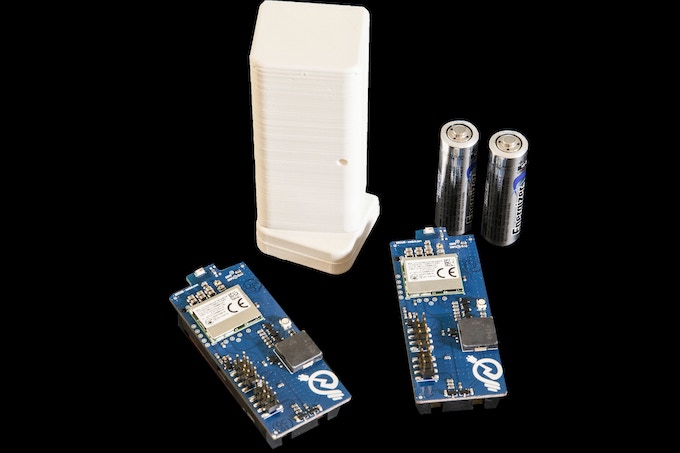 Today, the Kickstarter for my product has launched. Xeebot is a Wi-Fi enabled home security sensor designed for people living in apartments, condominiums, dorms, or who are renting and don’t want to risk their security deposit by having wiring installed. The sensor will retail for $130 with professional call center monitoring that costs around $10 per month. Currently, there are 7 call centers in the US and Canada. If the product launches successfully, I’ll be able to expand into the EU, as well!

If you’d like to donate to the campaign, share it with people you know, or just read more about it, here is the link:

Ohmify is a digital school to help you learn to build things with electronics.

But it’s not possible to sign up right now.

That’s because I’ve been working on upgrading the courses for the last few months. And within a short time, I’ll open up the new version of Ohmify.

I need to fix a few technicalities before the launch, but I’ll send out some more info about it in the days to come.

Current students will get a free upgrade to the new version.