You are here: Home / Mail Archive / This is why radar is cool 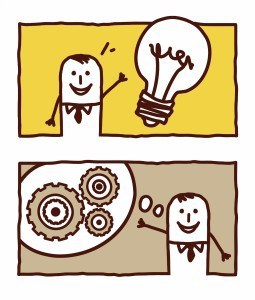 I’ve mentioned it before.

…that I got myself a radar module to play with.

But what is a radar?

Many think of a large rotating disk on a boat.

And that’s one of the most known traditional uses of one.

It basically gives the boat the ability to see other ships, for example when it’s foggy.

But nowadays the radar is shrinking.

And it’s used in new ways.

Just have a look at Google’s Project Soli:

I’ve recently got my hands on a radar module from XeThru (www.xethru.com) – and I’m working on an Arduino implementation of it.

Hopefully, I will have an example up and running soon, so that I can show you.

But I don’t think it’s going to be too long before it’s priced at a more hobbyist-friendly level.

Here’s an image of me being happy with my radar:
http://bit.ly/1g1b3Fs