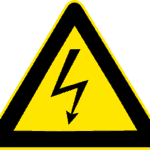 Two weeks ago, we were instructed (as in most of the world these days) to self-isolate. My plans to fly down to Spain and build a kitchen had to be discarded. But a wonderful thing happened instead: I suddenly had time to build a new project! 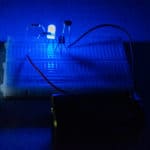 In this tutorial, you’ll learn how to build an automatic night-light that turns on when it gets dark. It’s a simple circuit that you can build on a breadboard. This circuit shows you how to do it with an LED. But you can use the same principle to turn on bigger and brighter lights too. […] 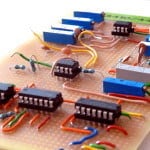 “I know the basics, and I’ve built a few circuits. But I have no idea how the build my own ideas!” That’s a common problem. However, here’s how you solve it.

In this episode, we start out with the idea of building a buck converter with a microcontroller. We realize that we’ve never built a buck converter before, so we go through our thought process live to figure out what we need to do. We built one buck converter each. Elias used a Bluepill and Oyvind […]

Electric current is what you get when electric charge moves around a circuit. It’s pretty simple when you finally get it. But there are some common pitfalls that can give you the wrong idea when learning. And if you don’t know what current is and how it works, it’s a huge source of confusion when […] 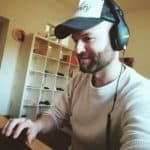 Hey there, This is Oyvind checking in from Valencia in Spain. In the last few weeks, I’ve been busy recording podcasts, designing circuits, and creating electronics courses for Ohmify.