You are here: Home / Basic Electronics / What Is A Resistor And What Does It Do?

“What is a resistor?” she asked.

“It’s a component that resists the flow of current,” I said.

“Well, it doesn’t actually do anything actively,” I said. 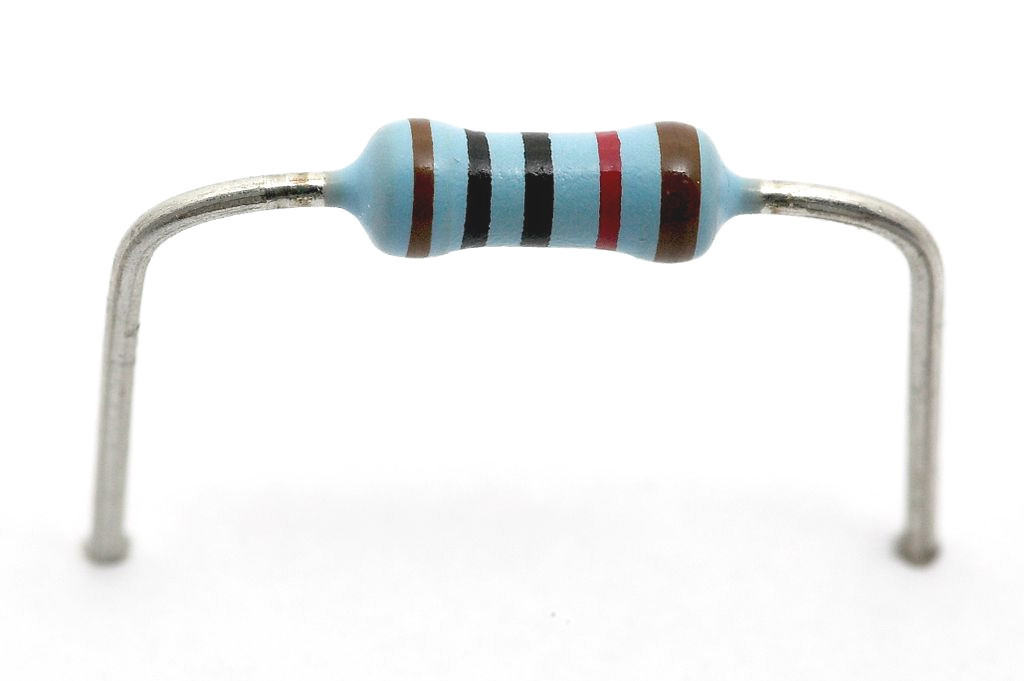 Sometimes it can be hard to understand what the basic electronic components do.

Earlier I have written about what an inductor do and what a capacitor do.

But what about the resistor?

The resistor is a component that resists current. If you add a resistor in series with a circuit – the current in the circuit will be lower than without the resistor.

What Is A Resistor?

A resistor is nothing magic. Take a long wire and measure the resistance, and you will realize that resistance is just a normal property of wires (except for superconductors).

Some resistors are made up of just that. A long wire.

But you can also find resistors made of other types of materials. Like this carbon film resistor:

What Does The Resistor Do To My Circuit?

The resistor is a passive device and doesn’t do anything actively to your circuit.

It’s actually a pretty boring device. If you add some voltage to it, nothing really happens. Well, maybe it gets warm, but that’s it.

So the resistor gives the designer control over his circuit! How about that?

Learn To Work With Resistors

At the beginning of my electronics career, I thought it seemed like resistor were just randomly placed around a circuit and I thought that you didn’t really need them.

For example, I remember seeing a circuit with a 9V battery, a resistor, and an LED. Then I tried using only the battery and the LED, and it still worked!

But after a few seconds, the LED turned really hot. So hot I almost burned my fingers. Then I started to realize that maybe there was something to these resistors.

Learning to work with resistors is important in electronics. One fundamental skill you should learn is how to use Ohm’s law.

Learn about choosing a resistor.

And when you are ready to take it a step further, here are some more articles about working with resistors and Ohm’s law:

Return from “What Is A Resistor?” to “Electronic Components Online”