There are so many cool things you can make with mini radar circuits. I thought I’d share some examples from my time in the radar business. Then end with a few examples of where you can get a hold of a radar circuit.

Just to be clear: A radar is a sensor that uses electromagnetic waves for sensing. This is NOT ultra-sound. This is the real deal. 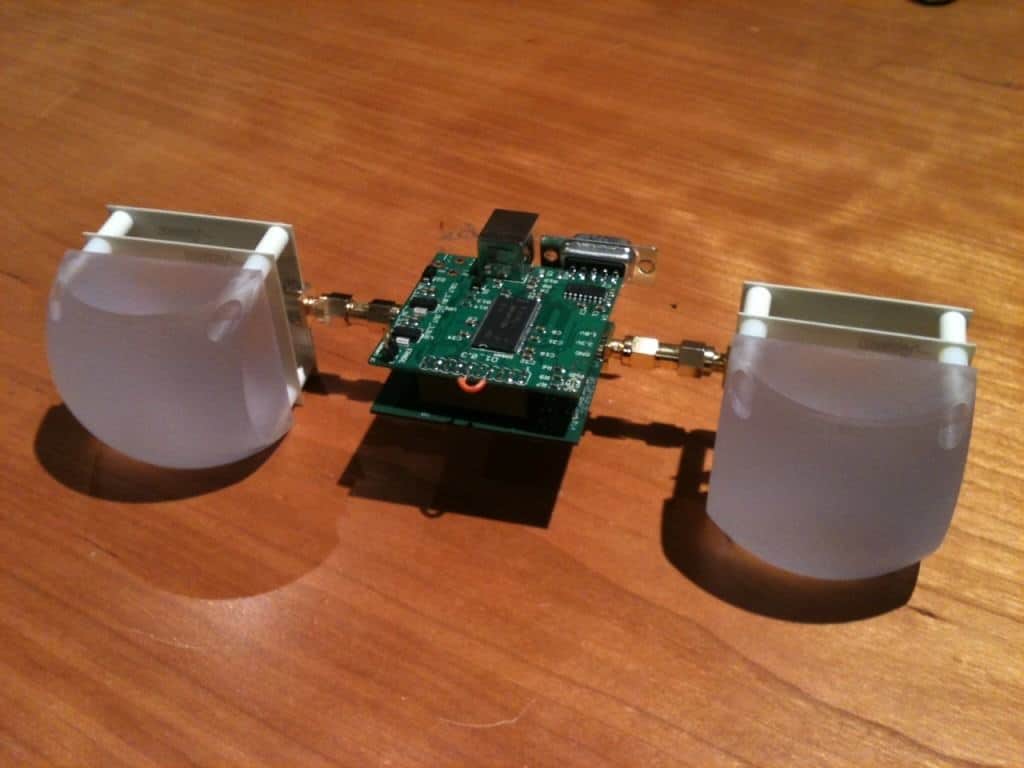 In 2009 me and Elias Bakken founded the company Intelligent Agent to design touchless user interfaces using small radar circuits. Below is a video of the first prototype we made.

It was pretty cool to use advanced Ultra-wideband radar technology to do such a simple task as skipping through Powerpoint slides. The quality and sound are pretty bad (and it is in Norwegian), but as you can see I was pretty proud that night =)

From then on we tried lots of different ideas. Here is a breathing sensor that can measure your breath without contact. Turn up the sound to hear me breathing and see how accurate it is!

But maybe the coolest example is when we use the radar circuit to see through walls! When we posted the following video in the end of 2011, it went viral and we got more than 40000 views in a few weeks!

This is how it works:

Arduino Radar: Fading an LED With my Breath

This is a project I did, to test if I could get the new XeThru radar to work with Arduino.

Where to get a radar circuit?

The radar sensors that you can actually do cool stuff with are at the time of writing (2014) still a bit pricey for the hobbyist. But here are a few links to some companies that sell radar circuits:

Or you can build your own radar circuit.